I have a lot of pride in my Wisconsin roots – especially when it comes to beer. Although, the quality of WI beer (and beer drinkers) is hard to rival, since moving to Colorado, I’ve felt conflicted whenever I hear Coloradans bragging about the number of breweries in this state. Then, a couple of weeks ago I was discussing this point with some coworkers – one from CA and one from WA – who both thought their states had “a lot” of breweries too. When it comes to beer, this isn’t my first rodeo (or my first map) so I feel pretty qualified to get to the bottom of this issue… 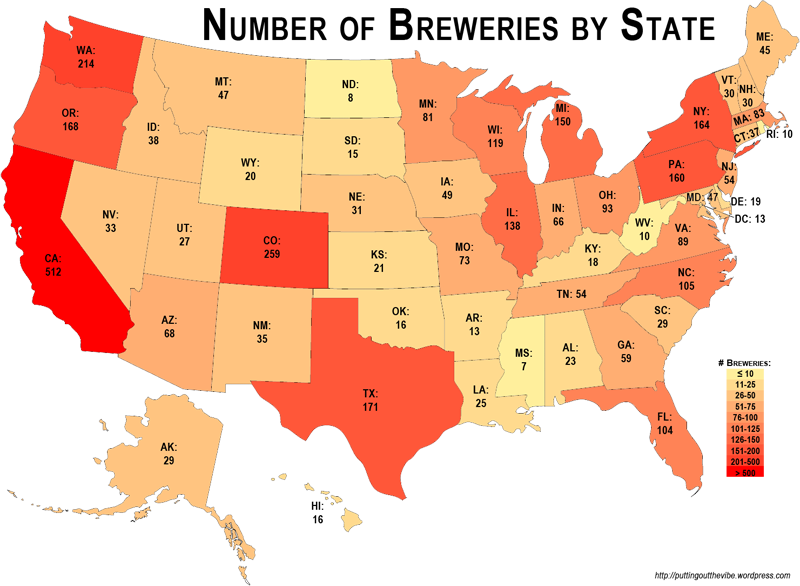 A table of all of this data is displayed to the right. →

I acknowledge this map has limitations. For example:

Regardless of Wisconsin’s rank, either by total breweries or breweries per capita, there is one thing that Wisconsin has that no other state does: