After others jumped on the band wagon that is “Play Density,” I figured it was time to give it a whirl (as Kevin McCallister would say).  Play Density is the ratio of song play count vs. the number of days its been in your library and, in V2, was refined to exclude songs in your library newer than seven days old.  To my surprise, although my iTunes playlist has been named “All Neil Diamond all the time” since I began sharing it Freshman year in the dorms, my Play Density includes very little Neil. 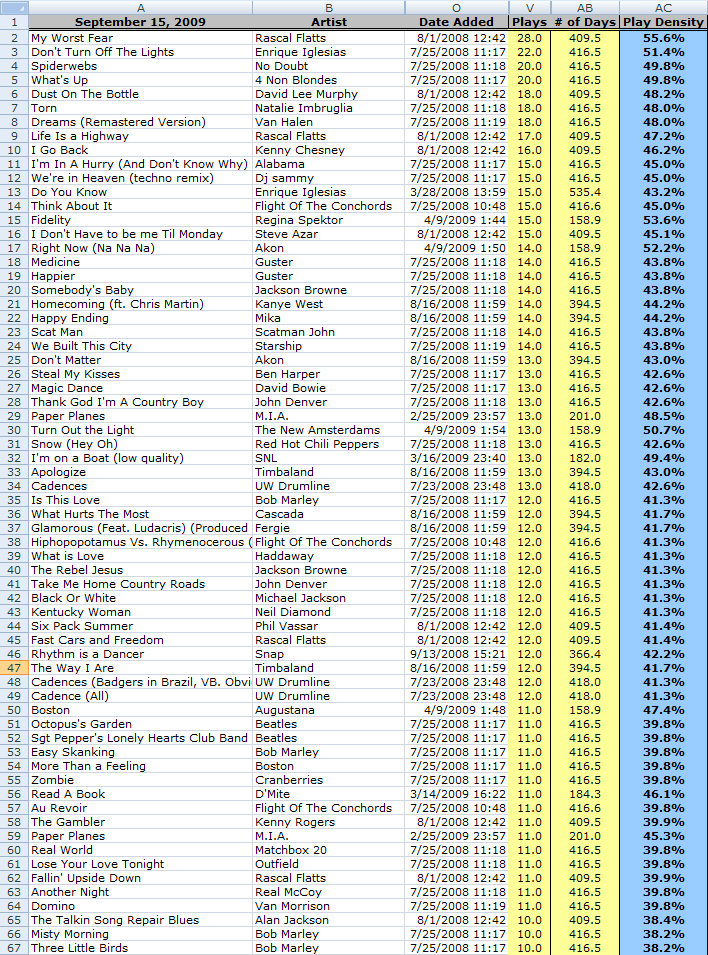 My biggest surprises include the prevalence of Enrique and the sheer number of country songs.  Not surprising is the number of recordings of the UW Drumline Cadences (since I had to memorize it last year).  Try it for yourself.  Although, I’ll warn you, it was much harder to do in Windows than described on a mac.