My roommate recently mentioned that he believed Nicolas Cage to be the worst actor in Hollywood.  I do loathe both National Treasures, Ghost Rider (lowered my IQ), Gone in 60 Seconds (further fueled my hatred of any movie involving a combination of the words “fast” and/or “furious”), and “Knowing” looks worse than listening to an entire Nickelback album (on the plus side though, he’s currently filming The Sorcerers’ Apprentice, which I can only hope stars Mickey Mouse).  However, in my opinion it doesn’t get much worse than Keanu Reeves – The Matrix is only the beginning of his turd mountains.  One must also consider Hardball (“I’m blown away by your ability to show up…” – ?), Speed, and who could forget the debacle that was Bill & Ted’s Excellent Adventures.  Add Tom Cruise, Forbes magazine’s world’s most powerful celebrity in 2006/avid Alien believer, but disbeliever of the field of psychiatry/recovering dyslexic (via Scientology), and you’ve probably got the worst movie anyone has ever seen in their entire life.  Throw all three of these guys in a museum, sinking ship, or alternate universe that exists only in computer programs, and I would say that you’ve got the formula for the least productive hour and a half of anyone’s life to date. 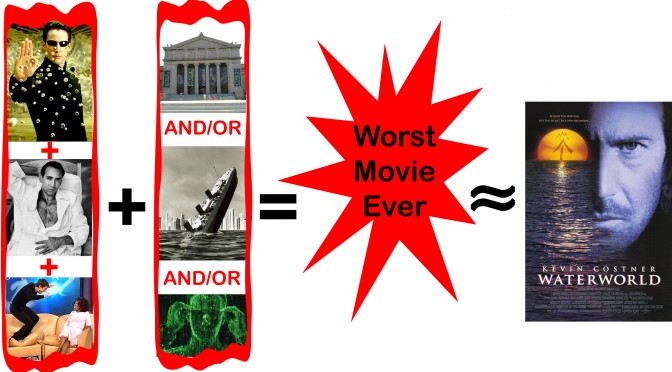 Is it legal to wait in the intersection at a green light?