I really thought I was on to something.  Something big.  Something that would rival the great Halloween of 2007 – David Bowie from The Labyrinth (which recently yielded 793 hits from procrastinators on October 29).  I even felt like I was doing Halloween right this year and not just going through the motions.  I taught Liam about the Great Pumpkin, carved a sweet Top Gun pumpkin in honor of the recent Top Gun 2 announcement, and we even had a The League style “Adult Halloween.”  Although I liked Dustin’s idea – to go as BP, spilling everyone’s drink, apologize profusely, but wait a few months to clean it up – I thought my idea was better.  My big idea: a Chilean Miner.  Slightly culturally insensitive, but I figured enough time had passed and who doesn’t love a good Chilean Miner Soap Opera.  So I went on Amazon and picked up the needed supplies (i.e. a hard hat and a Chile 2010 World Cup t-shirt).

It turns out the Amazon was on to something – everyone in the world went as a Chilean Miner this year.  Nonetheless, I did my best: 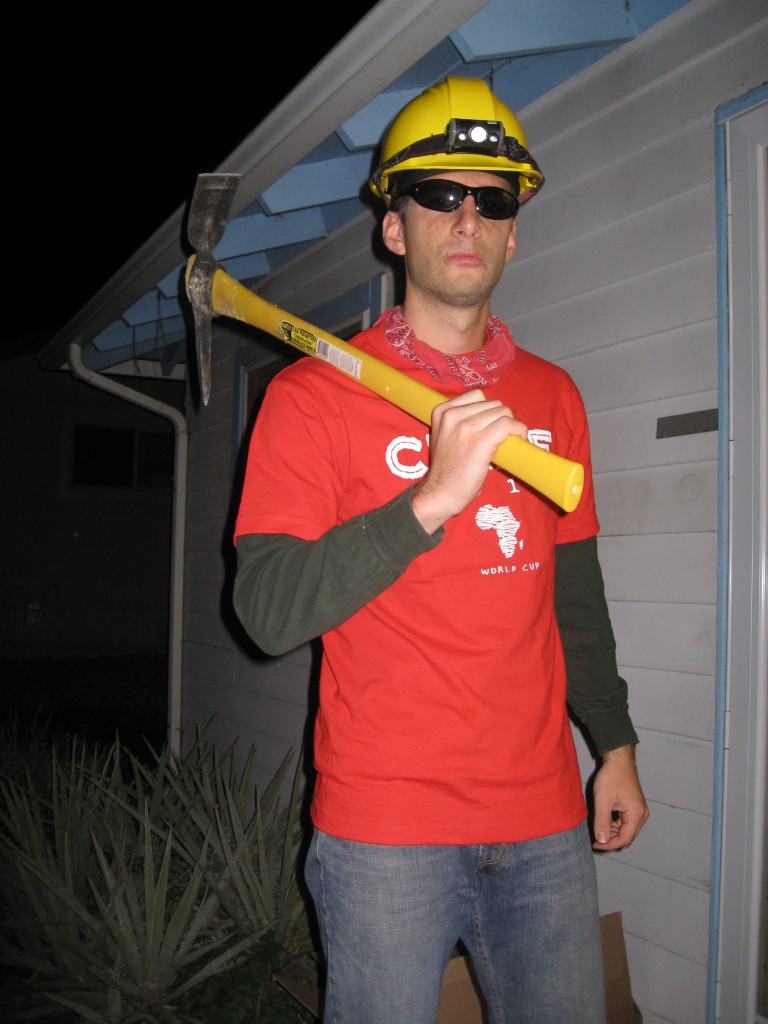